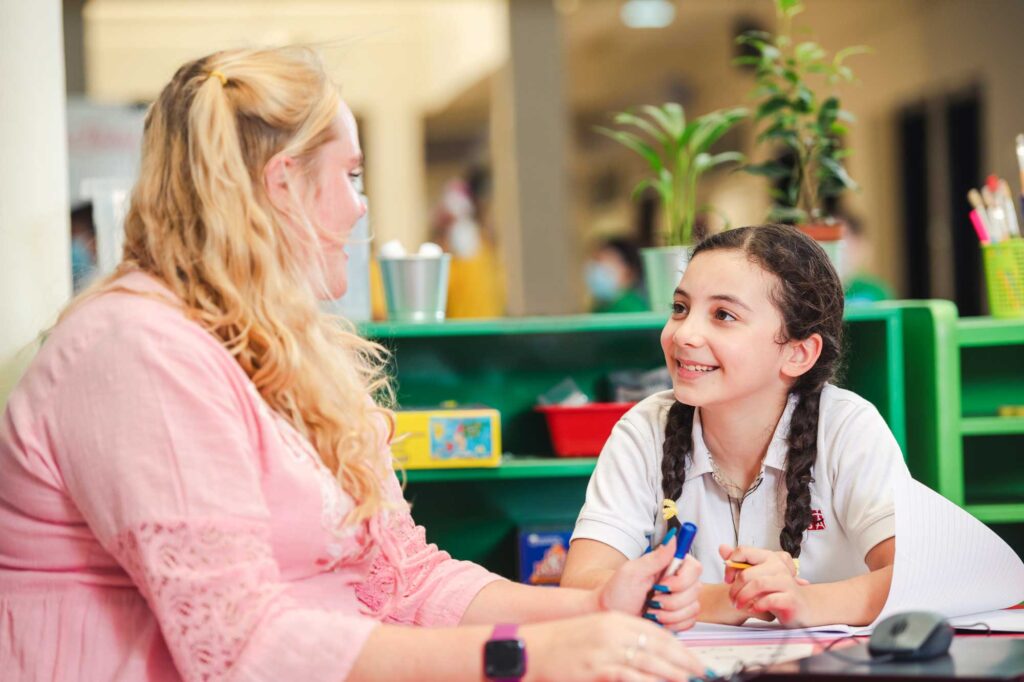 Scholars International Academy follows the British Curriculum which is one of the most well-known and highly-regarded curricula in the world of international education. Schools from all corners of the globe choose the British Curriculum because they see it as the best choice for providing their learners with a first-class education. Parents from around the world seek out British schools to prepare their learners for success at British universities and beyond. Our latest graduates were able to study at some of the best universities in the world.

The British Curriculum is also known as the National Curriculum for England, and this system of education focuses on creativity, critical thinking, and flexibility. Simultaneously, the British Curriculum includes a series of measurable and achievable goals, each designed to build on what went before while preparing the learner for their future work.

Through its focus on goals and achievement, the British Curriculum ensures that both parents and learners understand their progress. This, in turn allows each learner to be a high performer.

Here are some of the main benefits of studying the British Curriculum:

A Globally Recognised System
The British Curriculum, established in 1988, is one of the most widely taught educational systems in the world. The education is learner-centered and well balanced, providing both breadth and depth of subject matter. Learners are assessed through regular benchmarking, which ensures they have mastered the content and are prepared for the International General Certificate of Secondary Education (IGCSE) and A level qualifications.

A Focus on Both Breadth and Depth
The British Curriculum structures learning in a way that guides learners through a variety of subjects including not only ‘core’ subjects such as Mathematics, Science, and English, but also the Arts, Humanities, and more. Starting in the early years, learners focus on the fundamentals of their subjects, and as learners progress, the curriculum dives deeper into these subjects, exploring not only the more nuanced and complex aspects of the subjects, but also how they relate to other areas of study.

Well-defined Key Stages Provide Clear Understanding of Progress
The British system is organised in well-defined blocks known as ‘Key Stages’. The first stage is the Early Years for learners from 2 years old through 5 years old. Once the learner enters primary level, they start with Key Stage 1 (KS1), from ages 5 to 7, before moving on to KS2, which lasts from age 7 to 11. After completing the primary Key Stages, learners begin the secondary stages with KS3 and KS4, which are for ages 11-14 and ages 14-16, respectively. Learners who plan to continue to university may then begin the pre-university KS5, where they will study from age 16 to 18. Since the stages are explicitly defined and learners are assessed at the end of each Key Stage, the stages provide a simple, clear overview of the progress a learner has made.

Schools Encourage Growth Beyond the Classroom
As a curriculum which aims to develop well-rounded individuals who not only understand the core principles of their subjects, but also how to use this knowledge in real-world situations, the British Curriculum places a high priority on extracurricular activities such as team sports and performing arts, which help learners develop skills in leadership and teamwork and to understand the intricacies of competition and camaraderie. Schools that follow the British Curriculum also encourage learners to participate in activities that deepen their understanding of academic subjects such as Model United Nations, Debate, or STEM activities like robotics or mathematics competitions.

Scholars International Academy is accredited by British Schools Overseas (BSOs) and is the first school in Sharjah to be a High Performance Learning school.